There are not items in your cart.
Back To Shop
Product is not available in this quantity.
Visit our website
AVAILABLE NOW

The New Industry Standard is here.

A completely redesigned instrument setting a new industry standard. Endless research and development hours have resulted in a revolution. Book a demo today.

Thank you! Your submission has been received!
Oops! Something went wrong while submitting the form.
Book a demo todayDownload whitepaper

Our new Crystal16 V3 builds on the success of the previous models with a series of
technical enhancements and a streamlined unibody design while, as ever, being
designed by scientists for scientists.

The Crystal16 V3 combines automation with integrated transmissivity technology allowing scientists to easily determine clear and cloud points resulting in solubility
data and metastable zone width at an early stage. This enables users to simply
generate solubility curves for four solvents in just a couple of hours with less than
100 mg of material, something that many would have previously thought was
impossible.

One of our customers, a Project Leader at Ardena, said, “The user friendly Crystal16 enables me to rapidly acquire large datasets on solubility, MSZWs and induction
times,” which is exactly what we intended with this instrument. 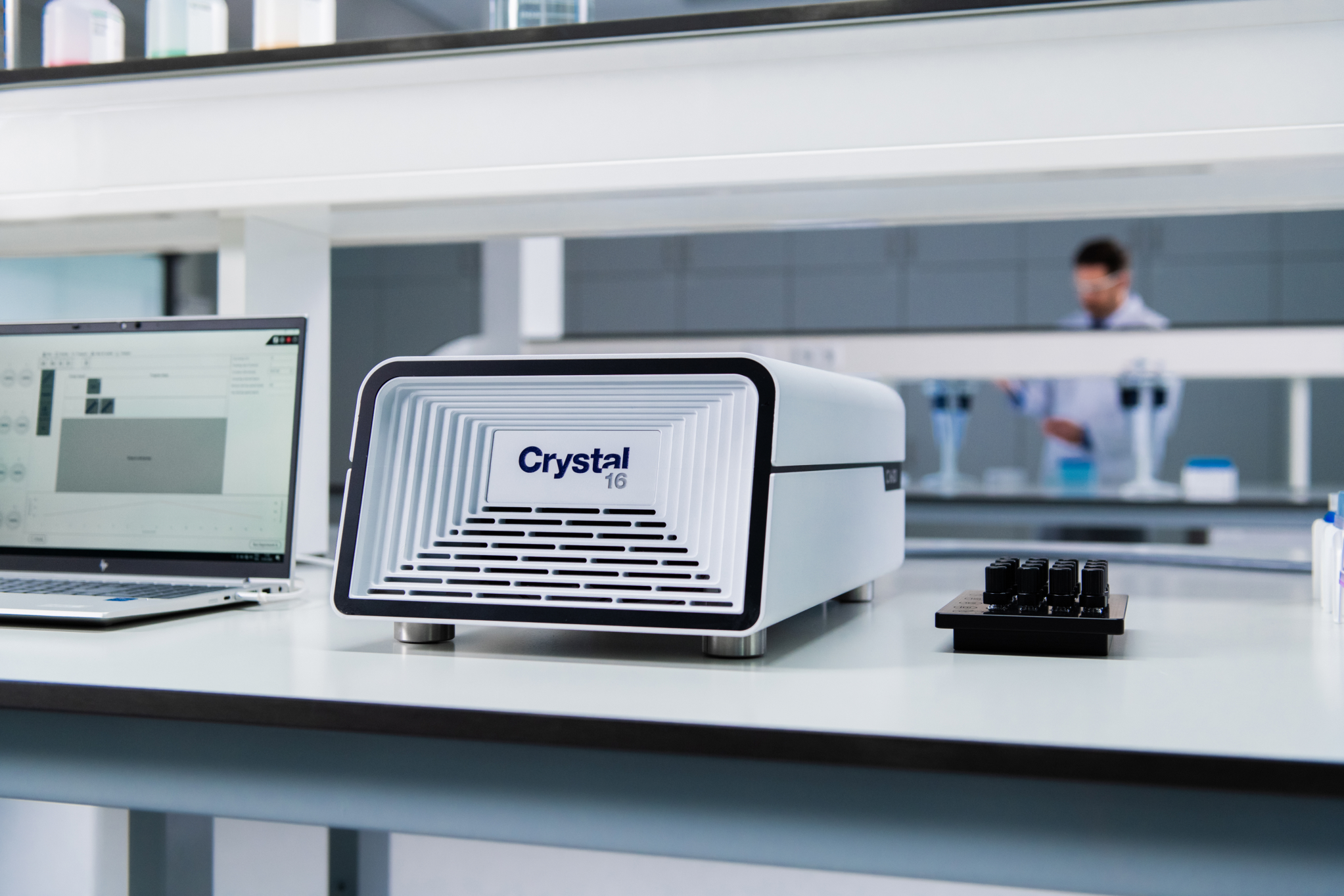 Book a free demo with our team today

Revolutionize your crystallization workflow today. Leave your contact details below and a local specialist will get in touch with you.

Thank you! Your submission has been received!
Oops! Something went wrong while submitting the form.

All 16 reactor cores provide an increased temperature range from minus 20 to 150 degrees celsius.

The user-friendly interface requires little training and is suitable for everyone.